We can curate your next event.

Jennifer customizes workshops to appeal to cinema professionals, academics, film lovers, or kink enthusiasts. Duration anywhere from 3 hours to 3 days, whatever you prefer. Reach out at curation@blueartichokefilms.com.

Advanced followup for graduates of “From Fantasy To Film.” All the detail you could want about the actual producing and directing of an erotic/porn film: Casting techniques, ethics, camera angles, what to bring to the set, distribution, film festivals, and much more.

Jennifer enjoys public speaking, whether individually lecturing, engaging/debating with other experts on panels, or fielding questions at audience Q&As.

“How To Plan For Real Chemistry” (Cannes, France). Note: Jennifer is a former advertising brand strategist, thus her ties with the ad & branding community.

Invited by the Dutch/Belgian Scientific Organization for Sexology (NVVS) to come educate sexologists, psychologists and sexual health professionals about alternative erotica/porn and its potential benefits

Co-curator of Museum of Sex in New York (MOSEX) exhibition

Created an evening of the best of recent European short films, “Sexy Euro Cinema,” with Q&A hosted by Carol Queen

Jennifer writes in a clear and sensitive manner for all audiences, from professional and academic to informal and fun. 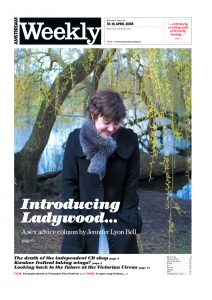 “The Sound Of Ecstasy,”

Jennifer consults both officially and confidentially on a wide range of cinema and television projects.

At agencies such as Wieden + Kennedy, 180, and Leo Burnett, educating creatives and clients about sexual representation and ethical filmmaking

‟With a lively, engaging style, she gave the best presentation — by an academic, artist or filmmaker — that I have had the pleasure of attending.”