Panel “Behind the Scenes: Community, Ethics, Money, and More”

Honest and nuanced conversations about community, ethics, money, body-image and mental health in the adult industry. 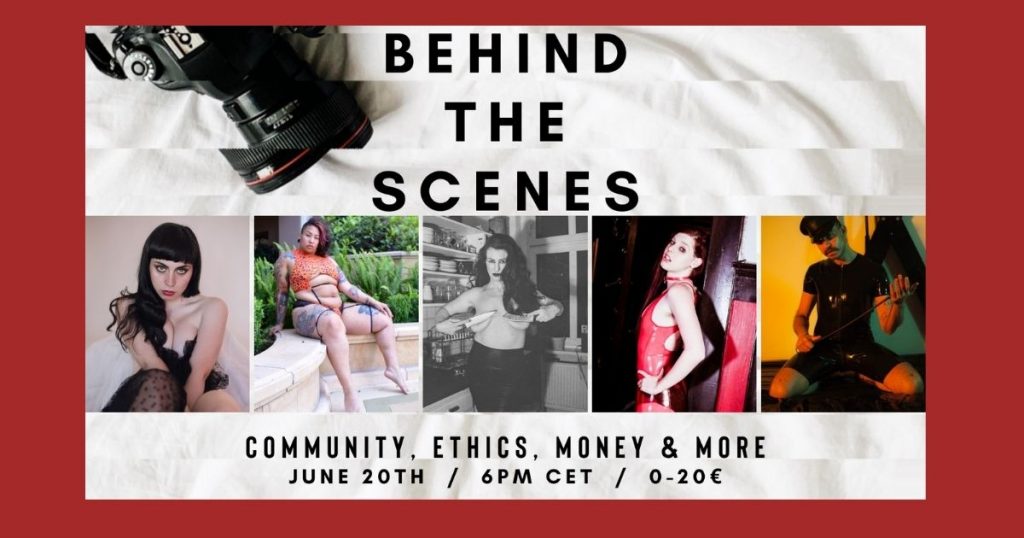 Panel: “Behind the Scenes: Community, Ethics, Money, and More”

Valentine is a 32 year old biracial Black s//x worker who has been in the adult industry for over a decade. Primarily focusing on queer adult film and in person s//x work. She identifies as a Femme (Daddy) and applies the ideas around this as a means of being firm, kind and no holds barred in life. (United States)

María Riot is a s//x worker and a s//x workers‘ rights activist. She is interested in eroticism, s__xuality and prxnography and expresses it through the medium of film, photography and writing. Working in the s//x industry for more than 8 years, she is originally from Buenos Aires, Argentina and based in Barcelona, Spain.

Chelsea Poe is a Dutch American filmmaker and prxn performer. She has been an advocate for the removal of transphobic language in prxn and has pushed for trans inclusion. She is currently a director on Trouble Films and runs her website chelseasubmits.com.

Sadie Lune is a interdisciplinary artist, s//x worker of over 20 years, and parent. She has won awards for her short films and performances, appeared in feature films and queer prxn, exhibited explicit whore-positive work in squats and the SFMOMA, and shown her cervix internationally. She writes, presents workshops, and speaks publicly on topics of s///xuality, gender, intimacy, fertility, shame, feminism, kink, queer parenthood and s///x work. Sadie is American but lives in Berlin with her child and baby.