Jennifer Lyon Bell on “Beyond The Binary” panel

I’m pleased to speak on a panel with two other filmmakers about gender, sexual representation, and what’s important to me when I make movies for Blue Artichoke Films.

Beyond The Binary panel description

Beyond The Binary panel guestlist

I’m thrilled that Adorn was invited to celebrate its Belgian premiere at Smut. There will be two screenings:

I’ll Q&A the second one for sure, in English, and maybe the first one too.

Check out our trailer here, and more info about what the film’s all about is on the Adorn page

The Studio is a pioneering cultural space. It’s a stage for young audience & center for young talent, and a cultural hotspot on the Mechelseplein in the heart of Antwerp, and I recently had a chance to preview it – amazing. De Studio boasts spaces both cozy and wild.
The Studio brings a young audience (0 to 30 years old) into contact with art, culture and media, with great attention to the urban and social context and with care for the vulnerable position of young people and artists. Our building is a natural biotope for children and young people, for families as well as hip birds. It is organized in such a way that we can transform from theater hall to party club to art hall to conference space. The Studio is a place where families, schools, teenagers, twenty-somethings, patrycrashers, worriers, critics, seekers and finders feel at home. An open house that gives young people space to tell their story. Super diverse theater companies, makers, actors, curators and artists turn their daring dreams into unusual deeds with us. And tomorrow? Tomorrow everything could be different. As long as it innovates and surprises. #theater #concert #nightlife #festivals #literature #debate #spokenword #poetry #queerarts
It’s at Maarschalk Gérardstraat 4, 2000 Antwerp. 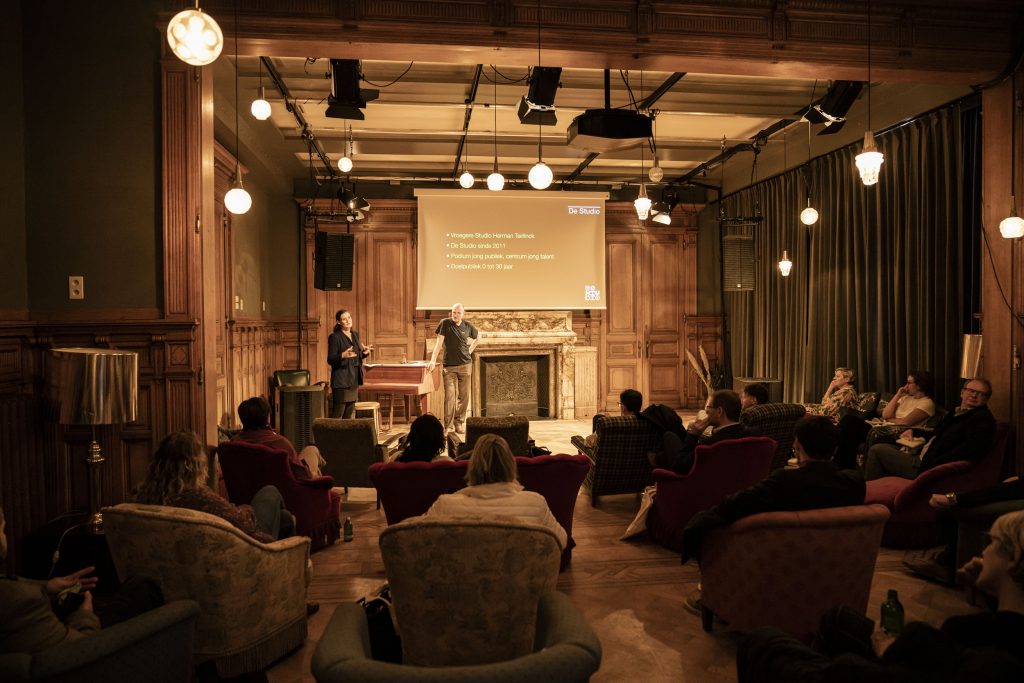 Other cool events at SMUT

Film screenings are only €7, with a price of €15 on Saturday evening for one film screening plus access to the Drag Me To Hell party. Advance tickets recommended!

See you at SMUT!

Jennifer will be at SMUT all weekend, along with several members of the Adorn crew.

Check out Bishop and Kali here: