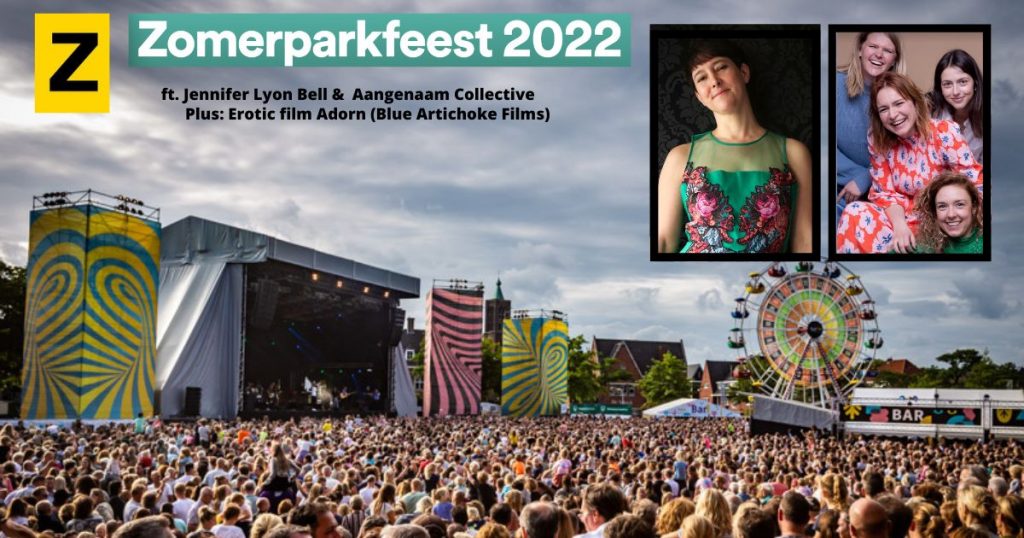 Zomerparkfeest is a longstanding  4-day culture festival in Venlo featuring music performances, dance, theater, fashion, film, literature, sculpture, and science. There are over 100 performances and a wide range of musical styles including famous Dutch and international bands. The attendance tops 100,000 visitors: This is the summer cultural event that put Venlo on the map!

The new sex-positive feminist collective Aangenaam, fans of Blue Artichoke Films movies,  has invited Jennifer to partake in a special event at Zomerparkfeest. 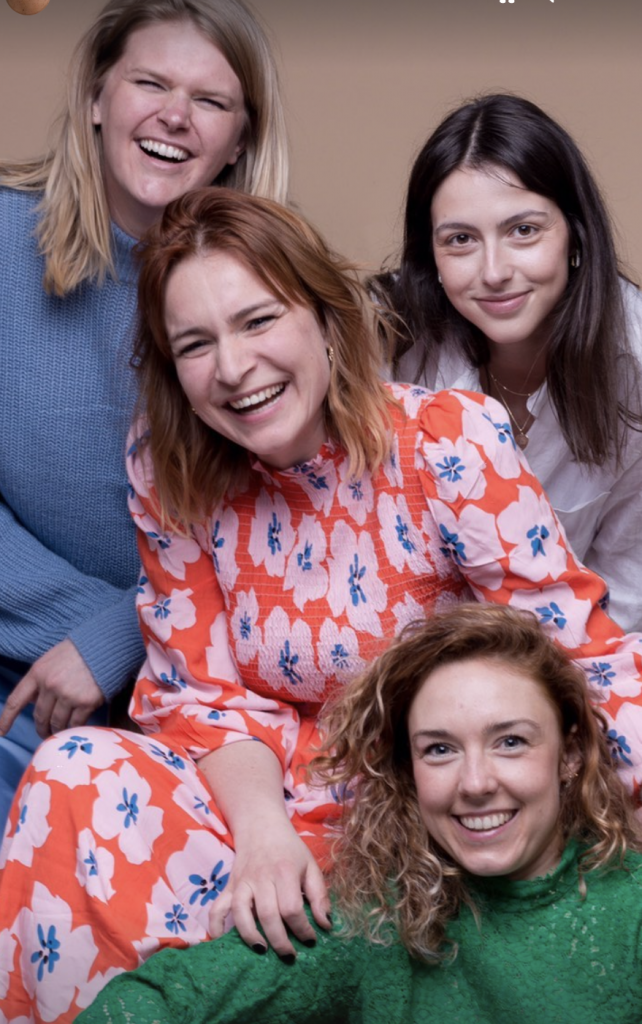 This fun, sexy, and inspiring evening consists of:

On TV: Aangenaam  explains why Adorn is important

The Dutch description of the Zomerparkfeest event: 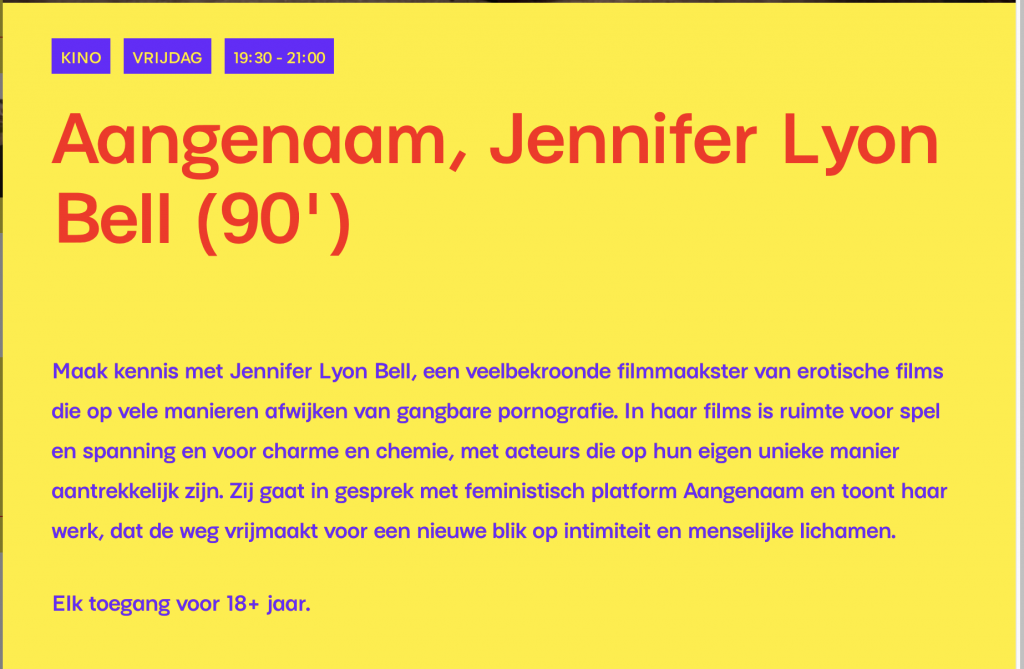 Get in the mood to see Adorn here!

Adorn has won several Best Film awards and  is the first ever adult film to win the  Sex And Media Prize in the Netherlands. This prize is given by the national organization of sexologists to the one media creation that inspired the most positive change in public dialogue around sexuality.  It has screened at more than a dozen film festivals already, including adult film festivals, art film festivals, and even a dance film festival!

Adorn is, naturally, a very sexually explicit film. In a rare move, only visitors 18+ years old at Zomerparkfeest will be allowed in the venue!

Can’t make it to Zomerparkfeest? Or saw the Zomerparkfeest event and want to watch it more in the privacy of your own home? Watch Adorn right now as a  streaming rental, a permanent download, or — if you can’t choose —  in a pack of all our movies in stream or download form! 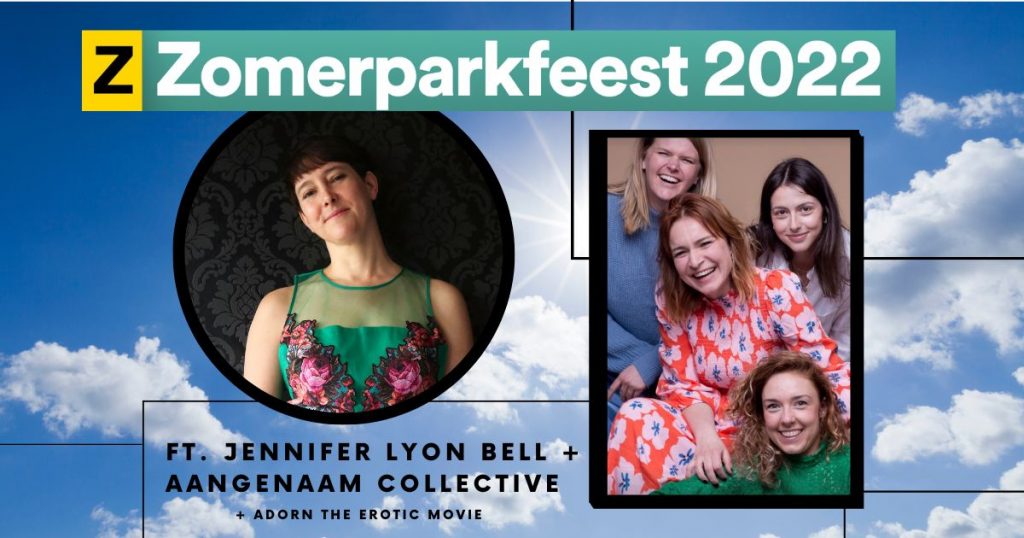