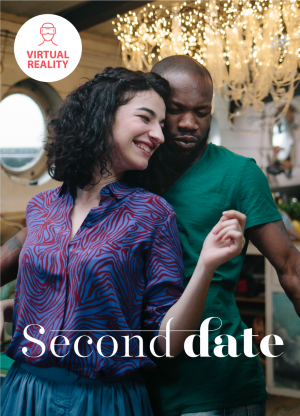 A portrait of intimacy: Second Date is a lighthearted, unscripted Virtual Reality 3D 360° portrait of two young people fumbling towards ecstasy. Trying to find common ground, their conversation veers from clumsy to joyous and back again — until they finally start connecting for real.

When you wear VR goggles while watching this film, you feel that you are right next to them, sharing their experience. Hard to describe, but unforgettable.

This was Anne and Bishop’s real second date, and it was a huge success. It reached an orgasmic conclusion, even though their underwear stayed on. Second Date is probably the world’s first orgasmic clothed Virtual Reality film!

Jennifer created this film as a co-production with VR pioneers Condition One (San Francisco).

Second Date VR is one of just a couple of Blue Artichoke Films that you can’t find on any other platform! We made it available just for our own special customers.

On our own site here, you can find Second Date VR as a streaming rental or a download. 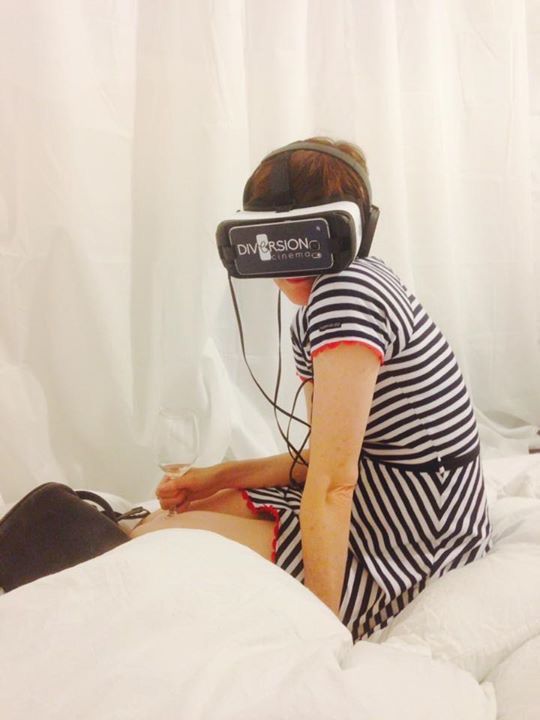 Second Date officially celebrated its World Premiere at the Raindance Film Festival in London, where it was shortlisted for Raindance’s award in the festival’s new Sensual Experiences VR category. Second Date was also invited to be an official selection of the CPH:DOX Copenhagen International Documentary Film Festival, one of the biggest and best documentary festivals in the world.

Second Date is also an Official Selection of these film festivals and more:

Shot on location in a sculptor’s houseboat in a small town in Amsterdam North.

Director Jennifer Lyon Bell first met Anne and Bishop seprataely, each more than two years before the shoot. When she first started pre-production for Second Date, she thought they might be perfect together even though they had never officially met. One Skype date later, their chemistry was confirmed and the casting decision was easy.

True to its name, Second Date is indeed a kind of second date. When Anne & Bishop arrived in town, Jennifer asked them if they’d be willing to spend an afternoon together doing whatever they might find fun in Amsterdam, with one rule: No kissing! Jennifer wanted their first kiss to happen on camera. Four hours later they sent Jennifer an adorable photo of them out and about together, with just one line written in the text message: “Not kissing!”

This is director Jennifer’s first Virtual Reality movie. She was approached by the head of Condition One, a pioneering virtual reality production company in San Francisco. He liked the other Blue Artichoke films and asked Jennifer if she could make something with a similar feeling of intimacy in a realistic VR setting with their brand-new camera. Second Date is the first film to be shot with Condition One’s new camera.

How do I get a VR Player headset?

If you’re new to VR, no worries! Here are a couple of great, easy devices.

This film was produced in collaboration with Condition One, San Francisco [add C1 logo] 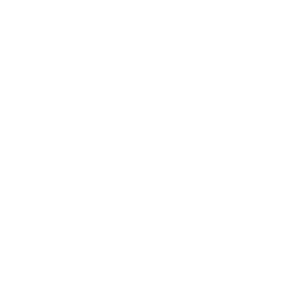 Watch it easily at home! Works with almost any mobile phone (Apple, Android) with Safari/Chrome and a simple headset like the $10 Google Cardboard — or headset of your choice that’s multi-phone friendly.  Also great with the new Oculus Go and other VR devices that access films via the web – just check your manual.  If you’re VR-savvy and prefer the full high-resolution experience, play our high-resolution 4K Second Date download on the Samsung Gear VR headgear via downloading the movie onto one of the cooperating Samsung phone models and playing the movie via the Samsung gear VR app. Downloads may also work well with Oculus Rift and other high-end VR devices – simply check your manual. Only have a desktop/laptop and no headset? The Chrome browser (Mac/Windows) will let you watch the movie fullscreen.

“A really interesting way of representing what happens between a couple, where they’re exploring each others feelings, emotions, interests — and bodies. I’m surprised that it’s been done in VR." 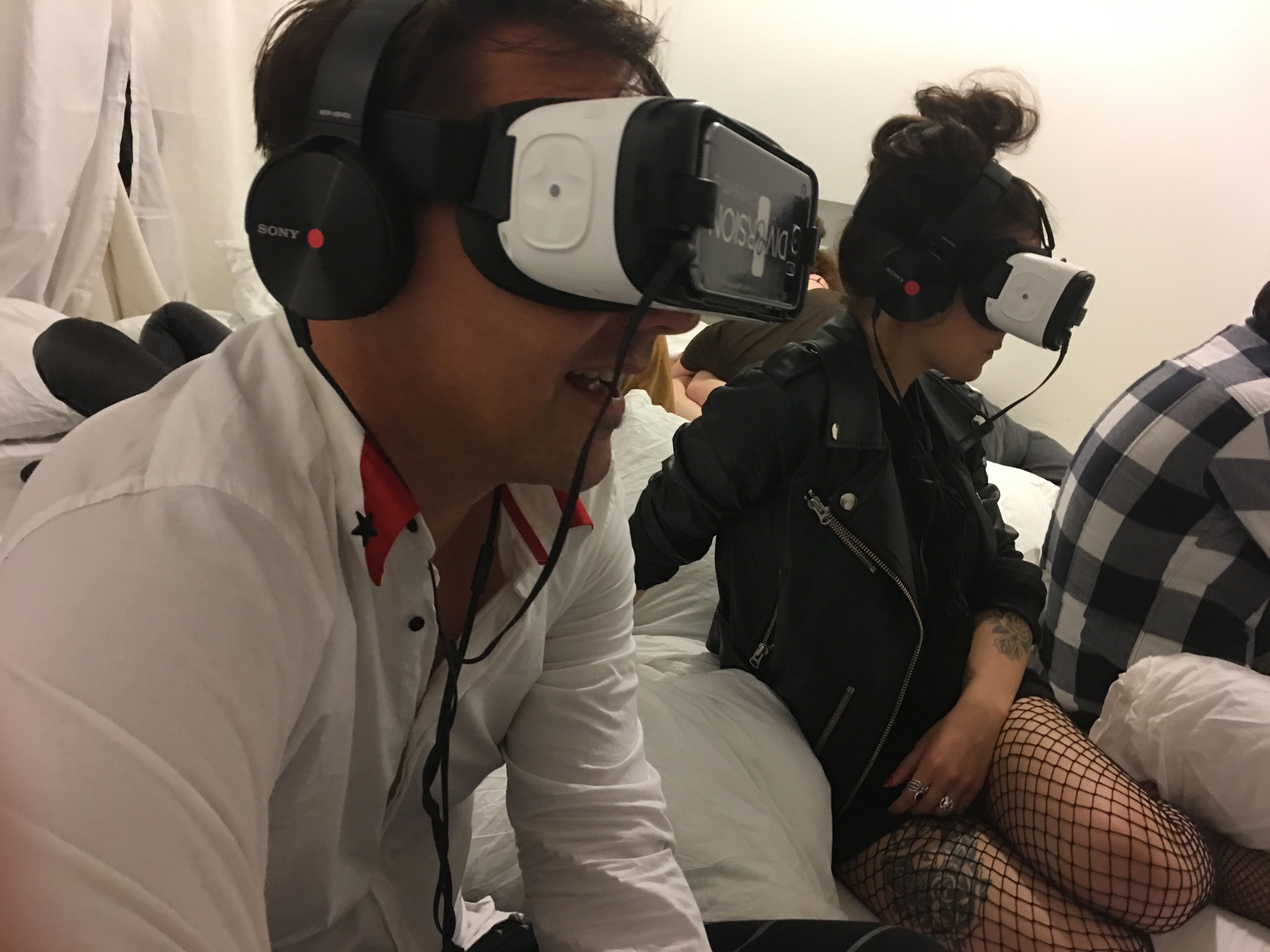 Second Date : Behind the scenes

Behind the scenes film clips 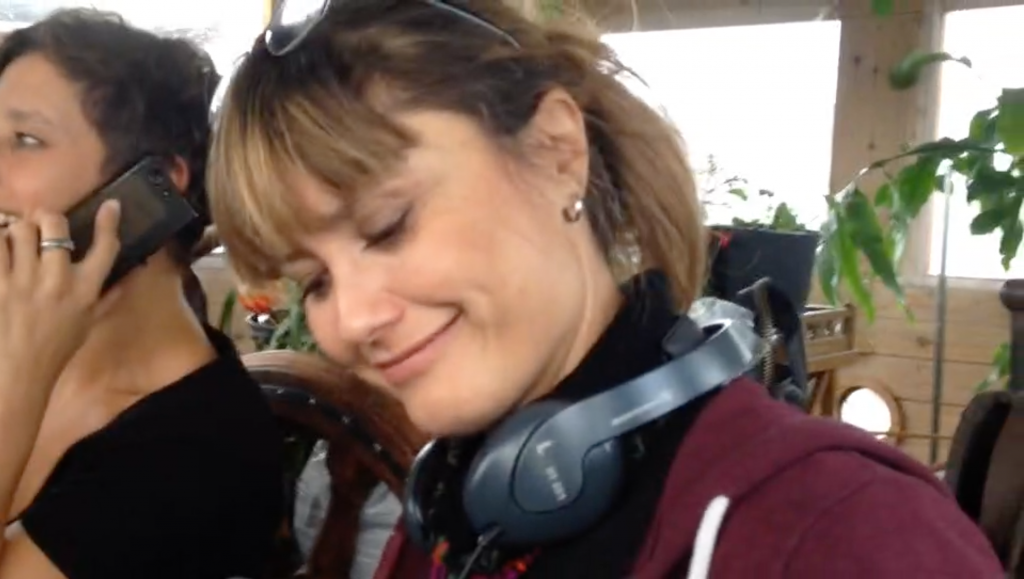 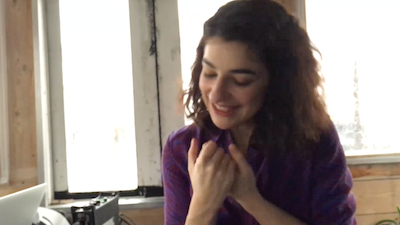 Star Anne De Winter on our houseboat set - how's it going so far?

When you subscribe to our newsletter we'll send you a link with access to special premium extras!

Behind the scenes photos