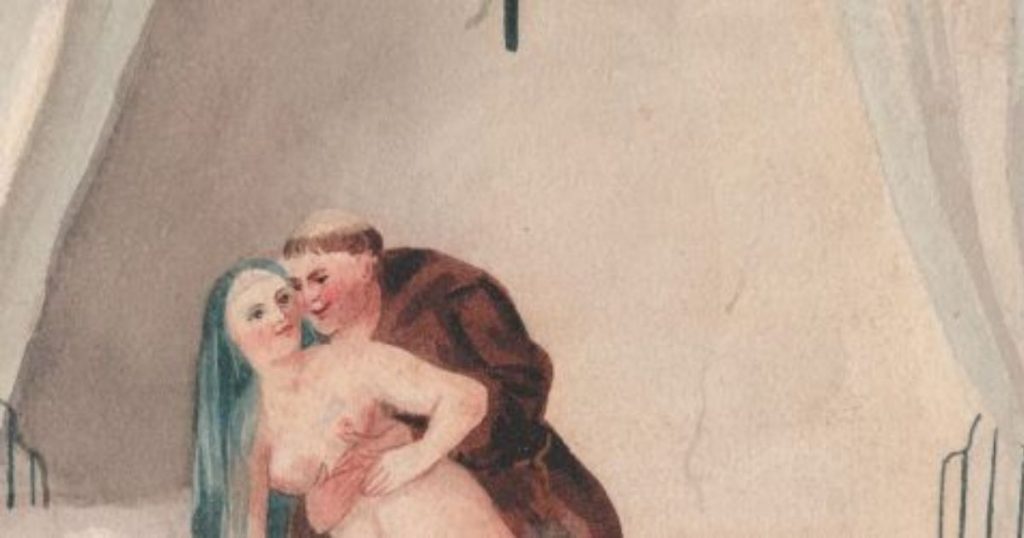 The History Of Perverse Sex

This Valentine’s Day, join Historian Julie Peakman on Zoom for an illustrated lecture on the history of Perverse Sex.

Homosexuals, transvestites, transsexuals, sado-masochists, necrophiliacs – all of these have been, or still are, considered ‘deviants’. Concomitantly there has been almost universal acceptance that unembellished vaginal penetration, performed by one man and one woman, is ‘normal’ sex. This is now contested. But what is perverse sex and what isn’t?

There never was a  ‘normal’

Julie Peakman is a historian in eighteenth-century culture, sexuality (all eras) and pornography. She is a Fellow of the Royal Historical Society and Honorary Fellow at Birkbeck College, University of London. She is a frequent contributor to newspapers and popular magazines, as well as academic journals. She has worked on television documentaries for the BBC, Channel 4 and the Biography Channel.

Her books include Mighty Lewd Books: The Development of Pornography in Eighteenth-Century England (Palgrave, 2003), Lascivious Bodies: A Sexual History of the Eighteenth Century (Atlantic Books, 2004) and The Pleasure’s All Mine. A History of Perverse Sex (Reaktion, 2013)

These are difficult times, more difficult for some than others, so we are ticketing these talks by donation – if you can £8 per ticket would be wonderfully kind but if you can’t then £2 is most welcome.