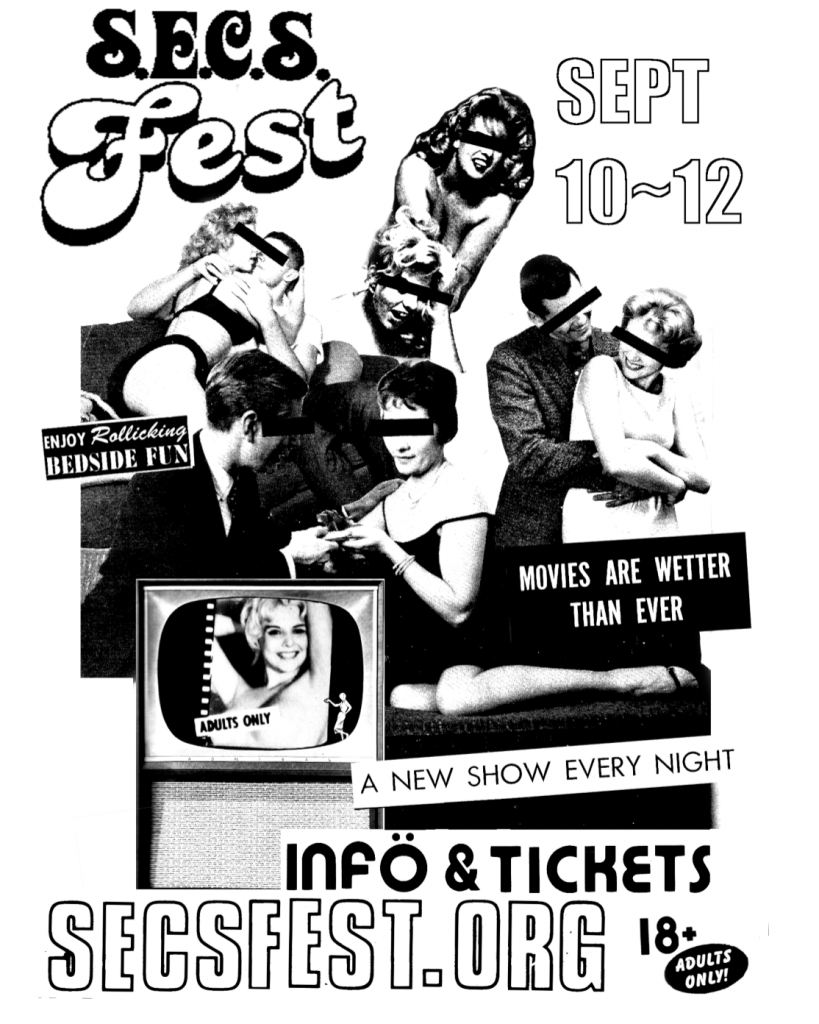 The Seattle Erotica Cinema Society (SECS) aims to bring world-class erotic cinema to Seattle audiences throughout the year and in an annual festival including short films, features, documentary, and archival films. With attention to selecting films that are inclusive of authentic adult sexual expression, the films will show a diversity of representations: race/ethnicity, sexual orientation, kink, body-type and standards of beauty, age, and ability. And it is through the exhibition of authentic sexualities alongside opportunities for audiences to participate in discussions and post-screening Q&A sessions that the festival can act as a catalyst for honest, non-judgmental conversations and the spreading of sex-positive values.

*Tickets and virtual passes will be on sale on August 25*

The online program will be REPEATED on demand on Monday September 13, 2021.

“For Your Pleasure” Shorts Program (90 min)

In this dramatic comedy, Lou, a reserved young woman, will rent out a room in her too large apartment. This leads Lou to meet and begin a passionate relationship with Charlotte, but this new situation is not without drama, loss, and growth as Lou and Charlotte face challenges due to Lou’s loss of mobility and her sense of independence after an accident.

Reflections, gaze, projections, and physical media all play a part in these films where the lens has a leading role.

Salomé has decided to end her own life. The date has been set, it will be in 6 months. Until then, what matters most to her is to plan her last time, the last time she’ll make love. She wants to give that moment even more importance than she gave to her first time.

The Multiverse in a MouthF*ck
Nightender
Devoid
Shadowplay
Girl Gang

Iranian documentary, Red lipstick is about a hairdresser called Masoumeh who is 36 years old and she never got married!

The film will be followed by an interview with director Shiva Sanjari.

Frankie is set on her college path with a supportive Mom and tight-knit circle of queer friends. But the laws of attraction have other plans when she catches feelings for her Chemistry study-partner, Matt.

Craving some nature? We’ve got you covered with bodega treats, picnics, sultry seaside encounters, canna-comforts and more. Guaranteed to leave you hungry for more.

If you must miss this great festival, check out Wild Card in the privacy of your own home! EXCLUSIVELY available here on the Blue Artichoke Films platform.

TNW The Next Web conference features Jennifer on Sextech panel

The Next Web Online
International/virtual