Adorn proudly screens on the "Best Of CineKink" tour in Chicago. Animation, fiction, & musical short films — the best of the best. 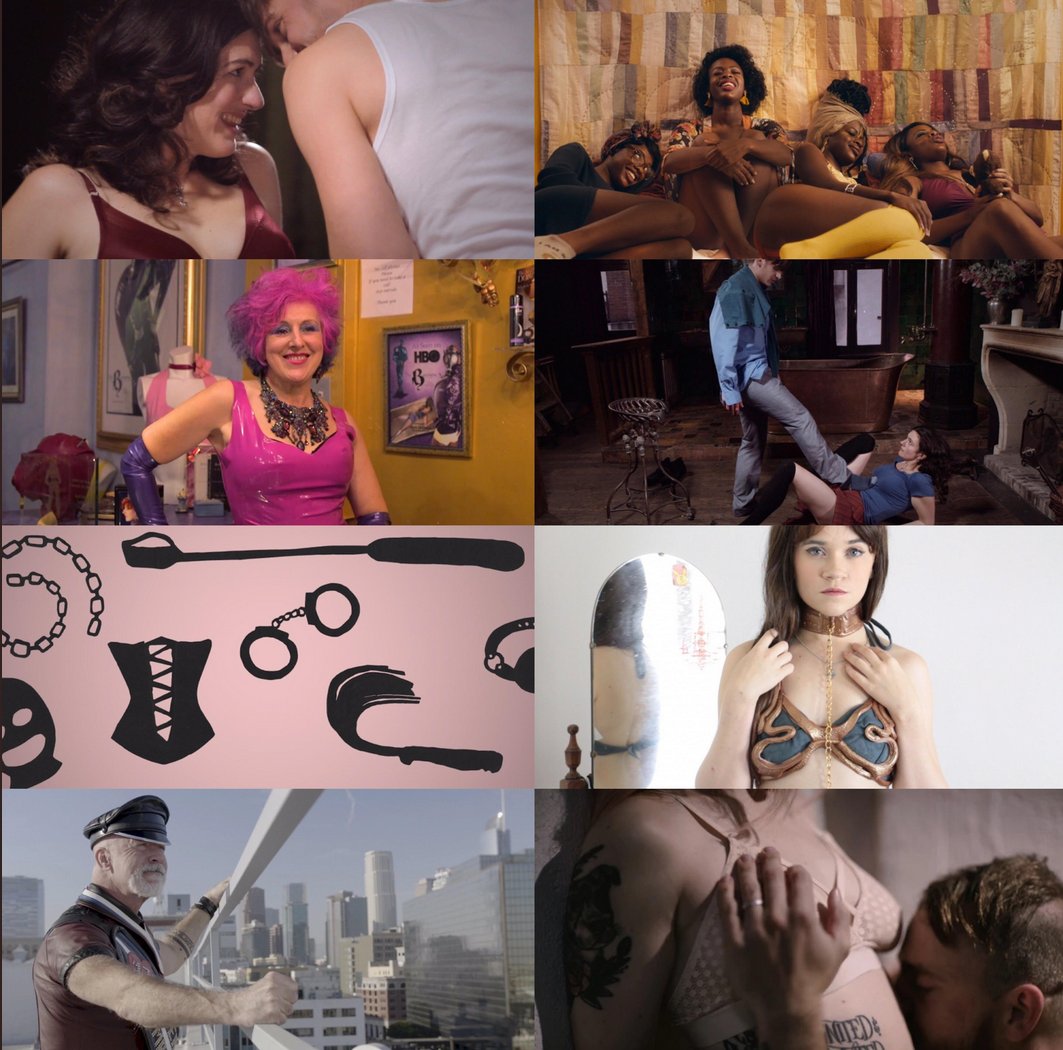 “Best Of CineKink” in Chicago

A special evening of films that celebrate and explore a wide diversity of sexuality will screen as CineKink, “the kinky film festival,” hits Chicago for a hot, one-night stand!

In Adorn, Sadie and Parker face each other naked; by the end they are mostly clothed and utterly exhausted. What’s in between is unique and completely improvised by the performers themselves. Restrained by the rules of their game, they create a love scene in reverse.

Plus, also selected for the tour is the documentary filmmaker Zoe D’Amaro’s charming short film “What’s Your Policy On Orgasms?”. “This  award-winning documentary features Jennifer’s work and shows “an intimate behind-the-scenes look of how she works with performers Sadie Lune and Parker Marx, and what it means to all of them.”

Plus, also selected for the tour is the documentary filmmaker Zoe D’Amaro’s charming short film “What’s Your Policy On Orgasms?”. “This  award-winning documentary features Jennifer’s work and shows an intimate behind-the-scenes look of how she works with performers Sadie Lune and Parker Marx, and what it means to all of them.”

On  Saturday November 23, 2019 at 9:00pm, The Leather Archives & Museum presents THE BEST OF CINEKINK 2019 featuring an award-winning selections in this sex-positive and kink-friendly showcase range from documentary to drama, comedy to experimental, mildly spicy to quite explicit – and everything in between!

I’ve personally seen almost all of these films, and I can definitely recommend this  program.

Event to take place at the Leather Archives & Museum in Chicago.

CineKink offers two other programs as part of their run in Chicago. One is a feature the day before the “Best Of CineKink 23019” program; the other is on the evening just before ours!

CineKink Audience Choice!
THE ARTIST & THE PERVERT
An intimate, documentary look at Georg Friedrich Haas, a famous Austrian composer and child of Nazi parents, and his wife, Mollena Williams-Haas, a renowned American kink educator and descendant of African slaves. Together they live in a public, kinky relationship. She is his “slave” and muse, he is her “master” – a combination that pushes buttons and touches on matters of race, sexuality, politics and power relations. (Directed by Beatrice Behn and René Gebhardt; plays with Mollena Williams-Haas’ short film, IMPACT.)

SWEET SPOT (shorts program)
A kinky collection of shorts that poke and play with the dynamics of scratching just that particular itch!